Internet Explorer is no longer supported

Sorry, but we no longer support the Internet Explorer browser on our website. We recommend you switch to using Microsoft Edge or another more modern browser such as Chrome, Firefox, or Safari (Apple users only).

It’s the smash-hit white style that sells out every time. So our ‘Black Ops’ buyer went on a special mission ... to find you your own stunningly-fresh exclusive Albariño 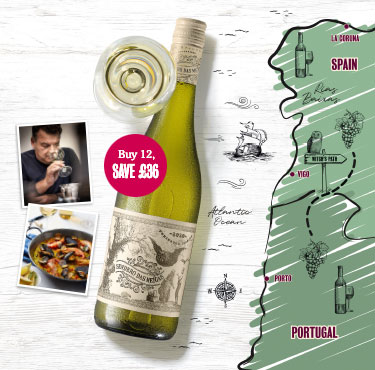 The Guardian calls Albariño a “wine that blurs borders”. Jancis Robinson calls it “one of the most exciting and vibrant white wines”. We call it the world-class white style that sells out faster than any other ... when we can get our hands on it.

You see, unlike Sauvignon and Chardonnay, Albariño is very particular about where it grows. You can’t just make it anywhere.

In fact the only place Albariño fully expresses itself is the storm-lashed north-west coast of the Iberian peninsular. So it’s rare ... and often fetches a pretty penny.

In Spain’s Rías Baixas, it thrives. “Spain’s great gift to the wine world,” to quote Robert Parker. But just over the border in north Portugal, Albariño grows every bit as well. “The true celebrity in these parts,” in The Guardian’s words.

It gave Jean-Marc, our Albariño-obsessed buyer, a rule-breaking idea.

What if Rías Baixas and north Portugal joined forces?

A winemaker himself, Jean-Marc found kindred adventurous spirits in two of the best wineries straddling the border. Combining their talents ... and hand-picked Albariño from the superb 2020 vintage, they made a small batch of their very own Sendero das Meigas.

Deliciously fresh, billowing with citrus and peach aromas ... a classic Albariño, exclusively for you. At a special launch price when you snap it up this month. 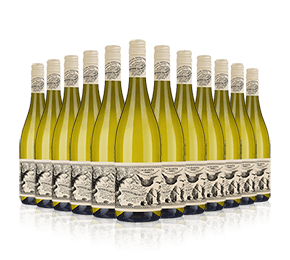 Forgot your password? Click here to have a new one sent to you.
100% Money-back
Guarantee
Free delivery
on 24+ bottles
Award-winning
wines & customer service

You've just added to your basket

Reservation item: you will be charged an instalment payment today, and a further balance payment when your wine is dispatched.